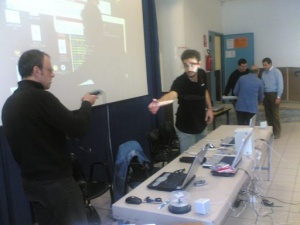 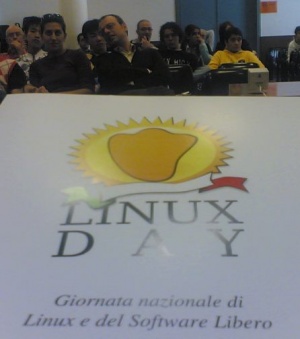 This logo is a national logo for the linux day. 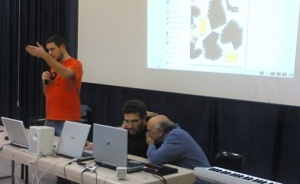 Our president (Giacomo) started to talk to the people. 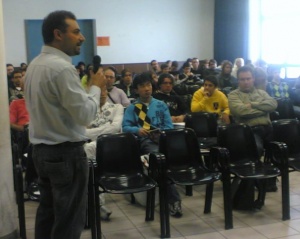 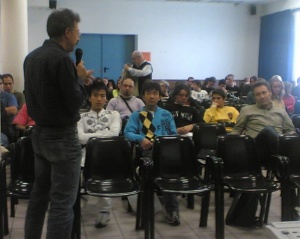 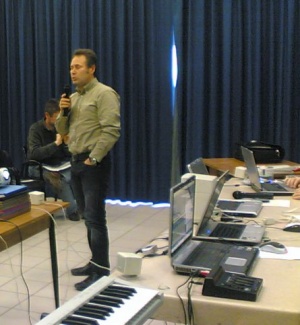 Theachers and 2 women of the "Angezia per lo sviluppo" were talking aboout their activities with open source. 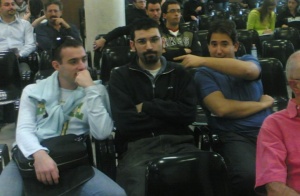 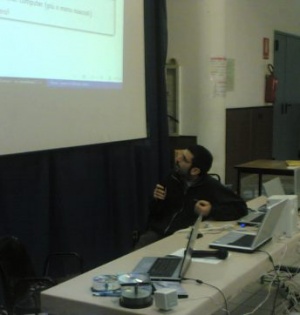 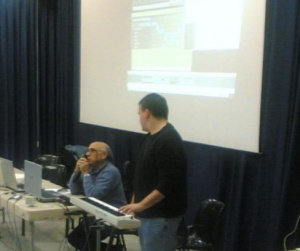 Giuseppe Rizza teachs us how to play with linux! 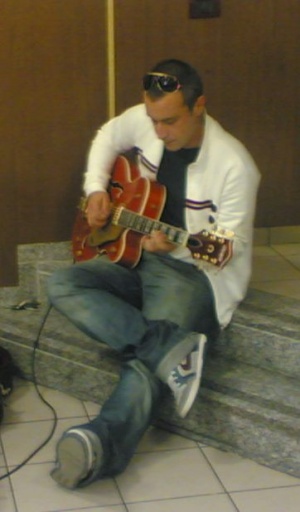 Stefano and his guitar help Giuseppe :) 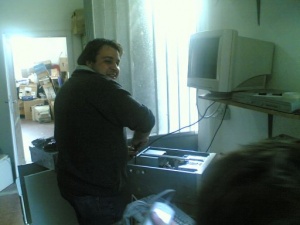 Catch him!!!! he was preparing a computer that is going to go to Pakistan! 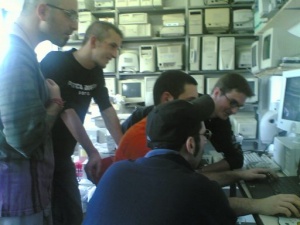 A group of Golem's hackers ^_^ 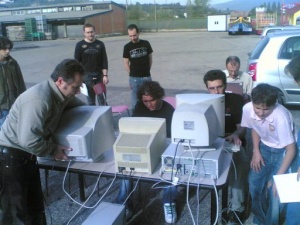 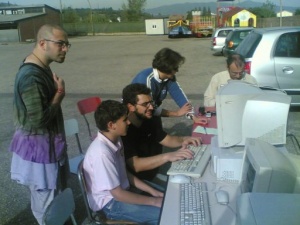 We had to put some computers outside because of the plenty of people ! 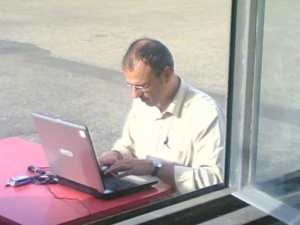 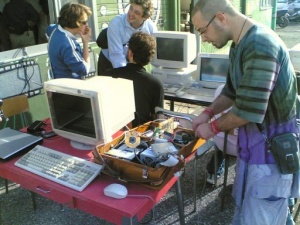 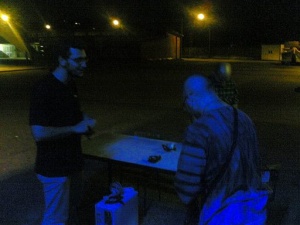 The end of this event is (like always) late in the evening!